I grew up above Mandahl Bay. I saw it every day from my house. I heard the waves. I saw surfers and other beachgoers sometimes, but mostly I just saw birds circling and the occassional fin in the pond. My friends and I climbed the rocks and swam in the bay and the salt pond. I don't know why we swam there when there were so many nicer swimming beaches. I think because we liked having the whole beach to ourselves, and we liked exploring. One day in third grade, I found turtles hatching on the beach. We were fighting to save the beach from developers then as well. I saw pictures then of what the beach had once been, before the jetty was built. I watched a road get cut on the point; I watched it get overgrown and re-cleared years later. I saw fishermen and only a few small fishing boats most days, but I saw dozens of boats arrive just before Hugo and Marilyn. I saw and heard parties now and then, and one night I went to a high school graduation party. I've collected trash from the beach many times, and I've been saddened by the crime there, but it never stopped me from going to the beach. While I've lived off-island for years, my family is still there, and I visit regularly. I don't want to go back and find such an unspoiled spot replaced with yet another hotel or condo development.

Below are some images you can use to show your support for preserving Mandahl Bay. I also have many more higher resolution photos.

Links to other sites: 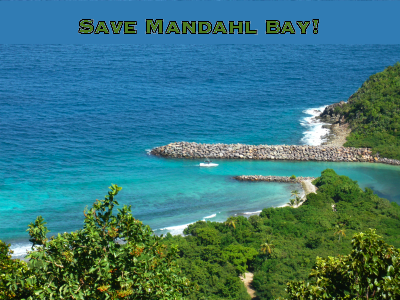 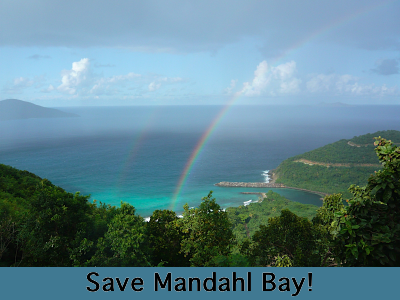 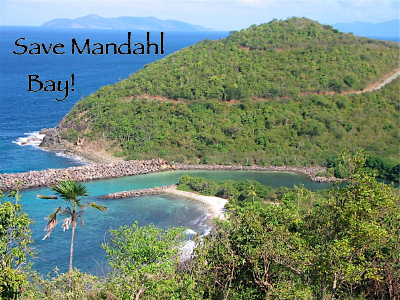 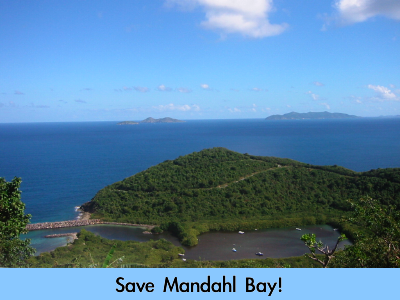 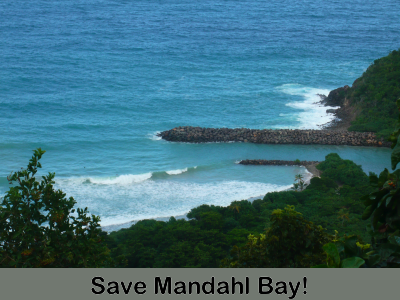 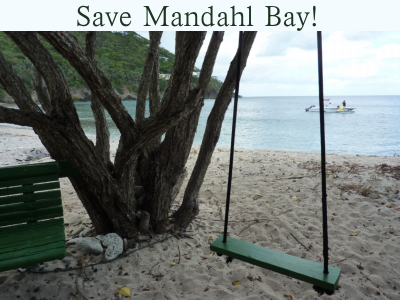 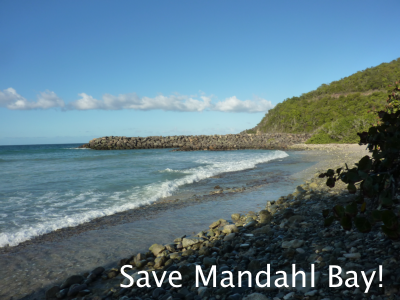 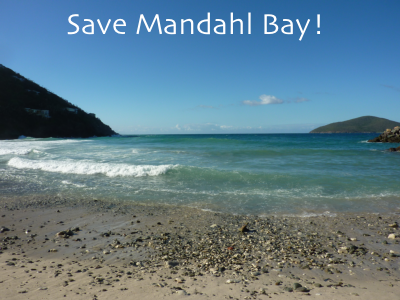 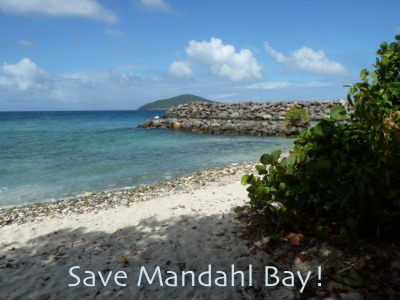 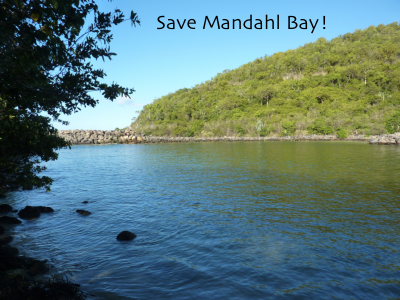 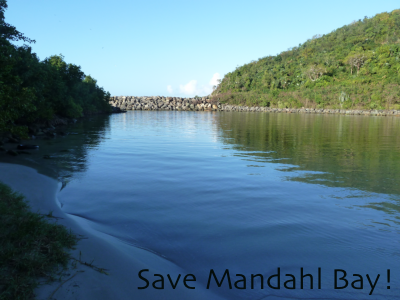 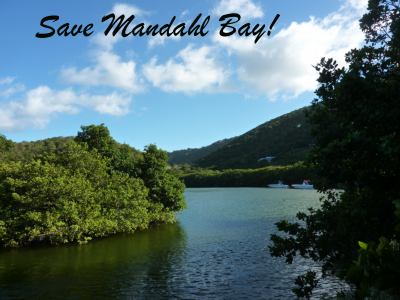 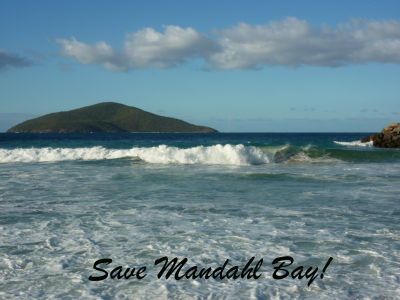 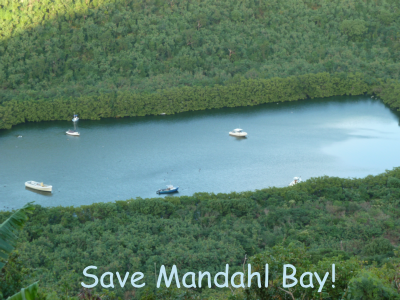 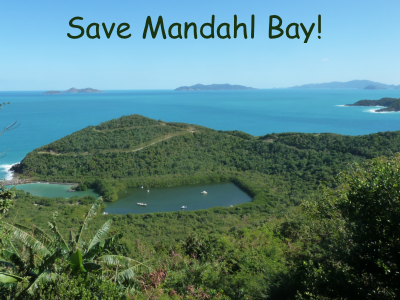 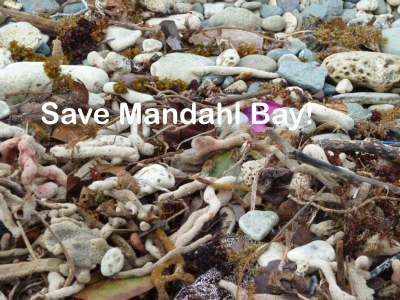 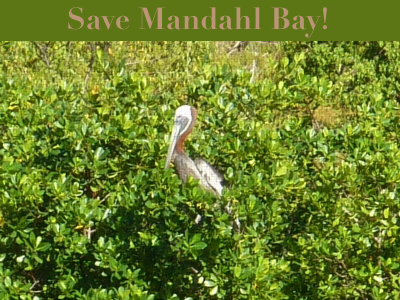 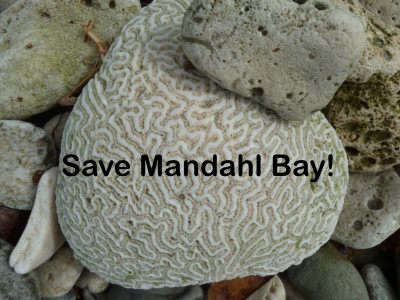 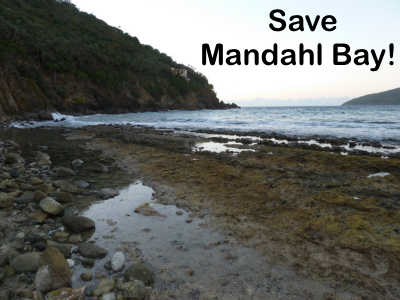 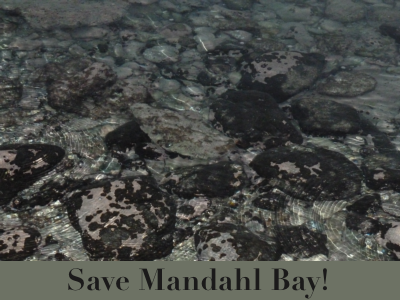 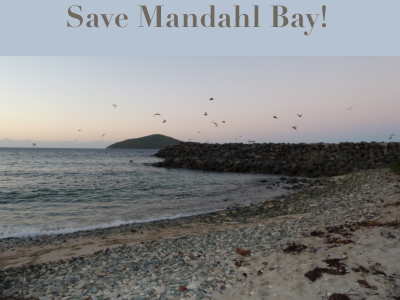 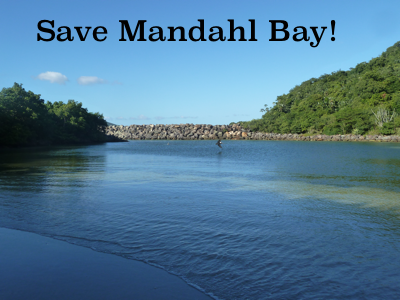